Need to replicate the human engagement of an in-person event

Enhanced interaction and accessibility led to increased engagement from a global audience. 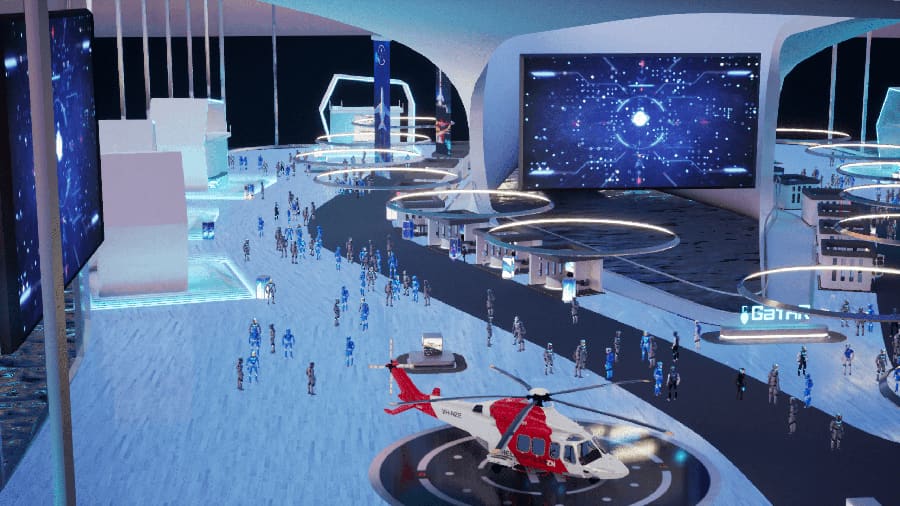 PureWeb worked with our partners at Mytaverse to distribute a cutting-edge virtual trade show for the Asian Sky Group. By offering standard as well as customized 3D design packages, Asian Sky Group gave business aviation vendors the ability to display lifelike models of their aircraft, have digital face-to-face chats with customers in real time, and take their business relationships to soaring new heights in an entirely virtual environment.

Asian Sky Group (ASG) offers independent aviation expertise to the aviation industry. So when the usual line-up of aviation trade shows were cancelled in the wake of the COVID-19 pandemic, ASG embarked on an ambitious plan to virtually recreate the trade show experience. But they didn’t want to deliver the standard, pre-arranged, video conferencing experience. They wanted to organize an event that would offer the spontaneity, engagement, and interaction that an in-person event usually would. This meant allowing people to walk a trade show floor, notice an exhibitor’s booth, and stop for a conversation.

“We had to achieve this goal, or there was no point in doing it,” says Jeffrey Lowe, Chief Executive Officer of Asian Sky Group. “Everyone’s done the Zoom calls, and people were ready for something more. People were looking for that trade show and exhibition experience to be recreated. That meant booths. That meant people being able to walk the aisles, stop, and just chat with people. It also meant that people were able to, particularly in our industry, have a demonstration of their products. They needed to be able to bring aircraft onto the platform as well.” 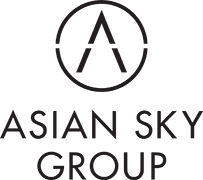 Looking for something more than a video conferencing platform, ASG connected with Mytaverse, a Miami-based company that delivers a cloud-based solution for immersive 3D and multiplayer, true-to-life work environments. Together, they developed the Asian Sky Group Virtual Event & Conference (ASGVEC), which ran from September 14 to 16 and virtually welcomed 50 exhibitors and 1,200 unique visitors from all over the world.

“When they saw the platform they figured that this was more than just a COVID solution,” says Kenneth Landau, co-founder and CEO of Mytaverse. “What we have goes way beyond COVID. It’s how to get people together from anywhere, bringing not just the interaction but also bringing the products in front of the customer in a very seamless, cost-effective way. So they saw a lot of value right off the bat. What they saw on our platform was the actual ability to interact and to share an experience where you are face to face and immersed in that experience.”

Attendees had the choice of three exhibitor packages:

For the standard and double decker experiences, the ASG team created standard booths. For the customized experience they received existing CAD models from clients (e.g., CAD models of airplanes, company headquarters) and repurposed these models to create the lifelike 3D renderings. They also asked exhibitors to take high-resolution photographs so they could create the interiors with the right finishes. In some cases, they used a LiDAR camera to take a 3D photo of pre-owned aircraft.

Once the experience was created, Mytaverse and Asian Sky Group needed to be able to share the experience with people around the world without having to worry about downloads or specialized hardware.

“From our point of view, we’re not very concerned about the type of equipment people are using, thanks to the technology we’re using, which includes PureWeb’s pixel streaming technology,” says Landau. “We are able to bring a customer into our technology using only the device they have, an internet browser, and internet connectivity.”

Using PureWeb’s pixel streaming platform to share the experience directly through a browser made it easy for people to access the event on any device.

“Enterprises are not very keen on actually downloading software onto the computers and sometimes it’ll take weeks to get a download deployed into the whole organization,” explains Landau. “By going through the browser with pixel streaming, we eliminate that need. We have made it as simple as it can be for any user to enter our platform and interact inside our immersive world.”

Fifty-six percent of attendees said they felt like they’d been transported to a virtual world in the post-event survey while 36 percent said their time on the platform felt natural. This makes such experiences especially promising for sustainable business travel in the future since business travel represents 2 percent of global greenhouse gas emissions.

The average time that attendees spent in the event was 3.2 hours, an almost full day of engagement considering the event was held for four hours each day. By comparison, the average length of a video conference call is anywhere from half an hour to a full hour with nearly three-quarters of people saying they regularly perform other tasks while on a call.

“Not only were people coming, they weren’t leaving – they were staying,” says Lowe. “It really was all about engagement. We were achieving that. We were getting significant people coming into the platform and the virtual world that we created, being engaged, and staying.”

Over 160 respondents said they got to see colleagues they hadn’t seen in a while, nearly 100 said they met new prospects and had a chance to present their companies, nearly 40 said they had substantial business meetings that led to new prospects, and over 20 said they will close a deal due to this event.

“One of the other perks of having a virtual trade show was the return on investment,” explains Lowe. “Companies in the aviation industry spend millions of dollars on trade shows, especially considering the fact that they have to fly aircraft over to display to attendees. In this case, companies could create a lifelike rendering, using the 3D models they already had on file, and use these to start conversations with prospects that could eventually lead to deals.”

Perhaps the biggest return on investment was to truly understand customers’ needs.

Explains Lowe, “One of the aircraft manufacturers said, ‘We had two people come: one from Taiwan and one from southeast Asia that without the show we would never have seen them. We couldn’t even get them on the phone, but when we told them about the conference and exhibition, they came. They were intrigued about the event itself.  And then we were able to take them into our showroom, take them into the aircraft, and personally show them each airplane. With webcams on, I was able to sit down with them and hear from them, in real time, exactly what their desires were when it came to an aircraft.’ For that manufacturer, that was solid gold.”